Sort it All Out

Miss Isabella Rainsong and Her Traveling Companion: A One-Guitar Show 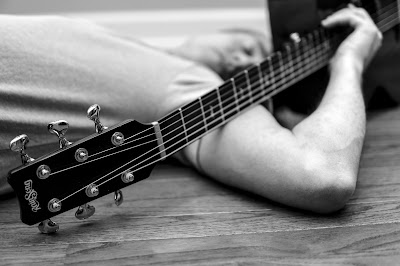 Anyone who has started talking to me about creativity over the last eight years or so has probably heard me mention this "play with music" I've been noodling on since 2009 (or since I was born, depending on how you count). After lots of dreaming, but not a lot of action, it's finally becoming a real thing.

Short background: In 2009, I was asked by a neighbor to write the music for a musical being put on by Art Stream, an inclusive theater troupe that includes adults with various disabilities – Down’s Syndrome, autism, etc. They put on two original shows every year and rehearse year round, but wanted to try a musical for the first time. I ended up being in the show, "It's a Wonderful Pie", playing an itinerant musician who played guitar on stage for the songs in the show. It struck me odd that this homeless-looking guy had such a beautiful Taylor guitar. I thought about the backstory of the character and how he came to have such an amazing instrument. The notion festered for a while and I finally wrote the script about five years ago, tweaking it occasionally, but never having a plan about how to turn it into something real – it was always a “someday when I have more time” sort of thing.

Then last winter, my neighborhood business book club was reading The One Thing: a book about the myth of multitasking but also about finding the efforts that you’re passionate about but that need a plan to be fully realized. We went around the room talking about that “one thing” that was in us but wasn’t getting out. I talked about this play. Right there, the group made it their mission to cajole me into making it happen. They insisted that I set a date to perform it – for them. Last August, I did a workshop version of the play in my home for about a dozen people from the book club and the neighborhood – complete with a lightning storm and other effects. It was far from perfect, but was good enough to show that it had some legs. Some members of my Unitarian congregation in Columbia saw it too and they asked me to do a full two-act production of the show there – tickets and all. We eventually set a date for this January.

There is never a good time to do an extracurricular project like this. I’ve tried to give myself enough of a runway to memorize the 55 minutes of monologue that go with the dozen original songs in the show I’ve written over the last 20 years. Memorizing lines in my 50s is a very different experience from doing it in my youth! But it’s coming together and I expect that this show will be good enough not to be embarrassing, though I don’t expect any agents to come calling about the national tour…

If you want to see a "commercial" for the show, you can get a little taste here:

Here's a quick video I shot the day after the workshop performance -- showing the tech I put together to make the show work.

In case there was any doubt...

The contents of this blog are purely the responsibility of the author. In no way are they intended to reflect to opinions, policies, positions or other attitudinal notions of the author's employers, clients, friends or relations. Irony and metaphor are found in these posts in epidemic proportions; please read carefully before choosing to be offended. The goal is to amuse, inform and occasionally persuade, though at times the aim is no grander than to rant. While you will find opinions passionately defended, the author reserves the right to have his thinking realigned to the counterpoint and welcomes the opportunity to be so persuaded.

My Websites and Links